American Insure-All® is your home-owned company for auto insurance in Snohomish County. With offices in Lynnwood, Everett, Marysville/Arlington, Burlington, and Kirkland, we are conveniently located for your insurance needs. You can also apply for an account or access your information through our website.

Everyone these days knows the importance of automobile insurance. Even if you are the best driver in the world, and your vehicle is in tip-top condition, you cannot predict what other drivers are going to do. Furthermore, a car or truck is vulnerable to weather conditions and other unforeseen circumstances. An automobile accident can turn an ordinary day into a miserable one; or a fun holiday into a nightmare. Automobile insurance can’t fix everything, but it can lift the financial burden of repairing vehicles and even paying for medical coverage for those who are involved in an accident. Coverage comes in several kinds. Liability is the coverage required by most states. It will pay for damages to the other person’s vehicle. Medical coverage will pay for injuries to people involved in the accident. Full coverage will pay not only for damages to the other person’s vehicle, but also take care of repairs needed for your own. Full coverage is often required if you are making payments on the vehicle. It is recommended when the value of your vehicle exceeds the amount you would get for it as recycled metal.

Our friendly agents at American Insure-All® can help you select the auto insurance in Snohomish County that is right for you. We know that your car or truck is important to your household, and that good insurance helps keep you and others safe. If you are shopping for a new or replacement policy for your vehicle, give us a call at (888)411-AUTO.

Here at American Insure-All®, we want to make sure that you are taken care of in terms of insurance. Here are just 5 ways in which we provide the best insurance in Kirkland.

We Do It All

Whether you need auto, homeowners, commercial, or life insurance, or you have toys such as RVs or ATVs that you need to keep covered, we can help. We are a local company and when you call, you can rest assured that a qualified insurance professional is going to be on the line soon to help you.

When you are looking for insurance, make sure that you work with someone local. You might be able to save money with online companies but when it comes time to file a claim, when you really need to talk to someone after an accident or a house disaster, for example, you will want to make sure that you are able to talk to a person who can help you navigate the pressures you are going through.

If you take a look at our website, you will see that we offer quick quotes. Many companies will have you fill out a form online or in person and then make you go to all the work and the trouble to follow up. Our team is proactive about insurance and we realize that when you need insurance answers, you should get them quickly.

In addition to quick quotes, personalized service, and a variety of insurance products, we provide information on our blog and our website that can help you make good decisions. Give us a call with any questions you have.

Finally, you should choose us for your insurance needs because we make the process of getting a quote for insurance, signing up, and filing a claim when needed quick and convenient. We have customer service professionals on hand to answer any questions you have.

Known risks and unknown risks are 2 factors that had the biggest influence in bringing (or not bringing) insurance to the landscape of the American consumer.

Not surprisingly, it took a well-respected American leader to ascribe to the idea of insuring property and to overcome the obstacle of risk.

A risk is the potential of losing something of value, whether that loss is financial, social, physical, or emotional. In the insurance arena, people in America were hesitant due to the known and potentially unknown risks.

In 1752, Benjamin Franklin delved into the world of insurance by championing the Philadelphia Contributionship for the Insurance of Houses from Loss by Fire, which is the first American mutual fire insurance company. In the first year of service, 143 policies were issued to homeowners; each of the policies lasted for 7 years. Interestingly enough within those 7 years, none of those 143 insured properties caught on fire.

In addition to fire insurance, Benjamin Franklin also was instrumental in the issuance of crop and life insurance, as well as insurance to protect widows and orphans.

The first life insurance company, Presbyterian Ministers’ Fund, came about in 1759. At the time of the creation of life insurance, people in the religious communities were uncomfortable with the idea of placing a price on the life of a human being. As the practice of life insurance began, and the first payouts were made, the minds of the people were changed as they saw the protection this insurance gave to the surviving widows and orphaned children.

In 1897, Gilbert J. Loomis made insurance history by purchasing the first liability insurance policy to cover his automobile and the risk of it damaging property or injuring or killing a person. From that point on, auto insurance slowly became more comprehensive to the point that it is today.

As the needs of the American people expanded and progressed, so did the coverage offered by the insurers of the people. There are now hundreds of types of insurance available today, from auto and home to gap and umbrella coverage. Talk to a Kirkland insurance agent today to learn more.

Owning a business is certainly a stressful affair. Business owners have to worry about all of the same things as home owners plus things like worker’s compensation claims and product liability. Luckily for business owners looking for commercial insurance in Kirkland, WA, there is an insurance company that knows exactly how to protect both big and small business owners alike at affordable rates.

Variety Is Key to Savings

At American Insure-All®, we represent a vast number of great insurance companies which offer comprehensive and affordable coverage for all business types. Whether the business needs to insure a fleet of automobiles or just wants to make sure it meets its legal obligation for worker’s comp insurance, we’re here to help. Some of the insurance companies we carry include Charter Oak, Fidelity, and GMAC Insurance. These and our other carriers do the very best they can to meet all business needs at an affordable price.

When you come to American Insure-All®, the first thing we are going to do is take a look at the existing policy. By seeing what is covered in a current policy, we can decide the best way to save the business a little money. Interestingly enough, most business owners aren’t entirely sure what their policy covers, and this little oversight could be costing them thousands of dollars. With our expertise and experience, we can make sure that all the money going to an insurance company is protecting the right assets.

The next thing we’ll do is discuss the specific needs of a business owner. Many times, after examining their existing policy, owners will notice clauses they want to change. When this happens, it is referred to as “tailoring a policy,” and it takes experienced hands to do it correctly. When a properly trained “insurance tailor” gets his or her hands on a policy, business owners can count on a rewrite that is sure to fit the needs of their business much better than the original contract.

Above all, we recommend carefully studying any policy. Rash decisions or decisions made in frustration can end up costing a business thousands of dollars. By taking time to seriously consider all of the options, business owners can save a lot of money and prevent a lot of headaches down the road. 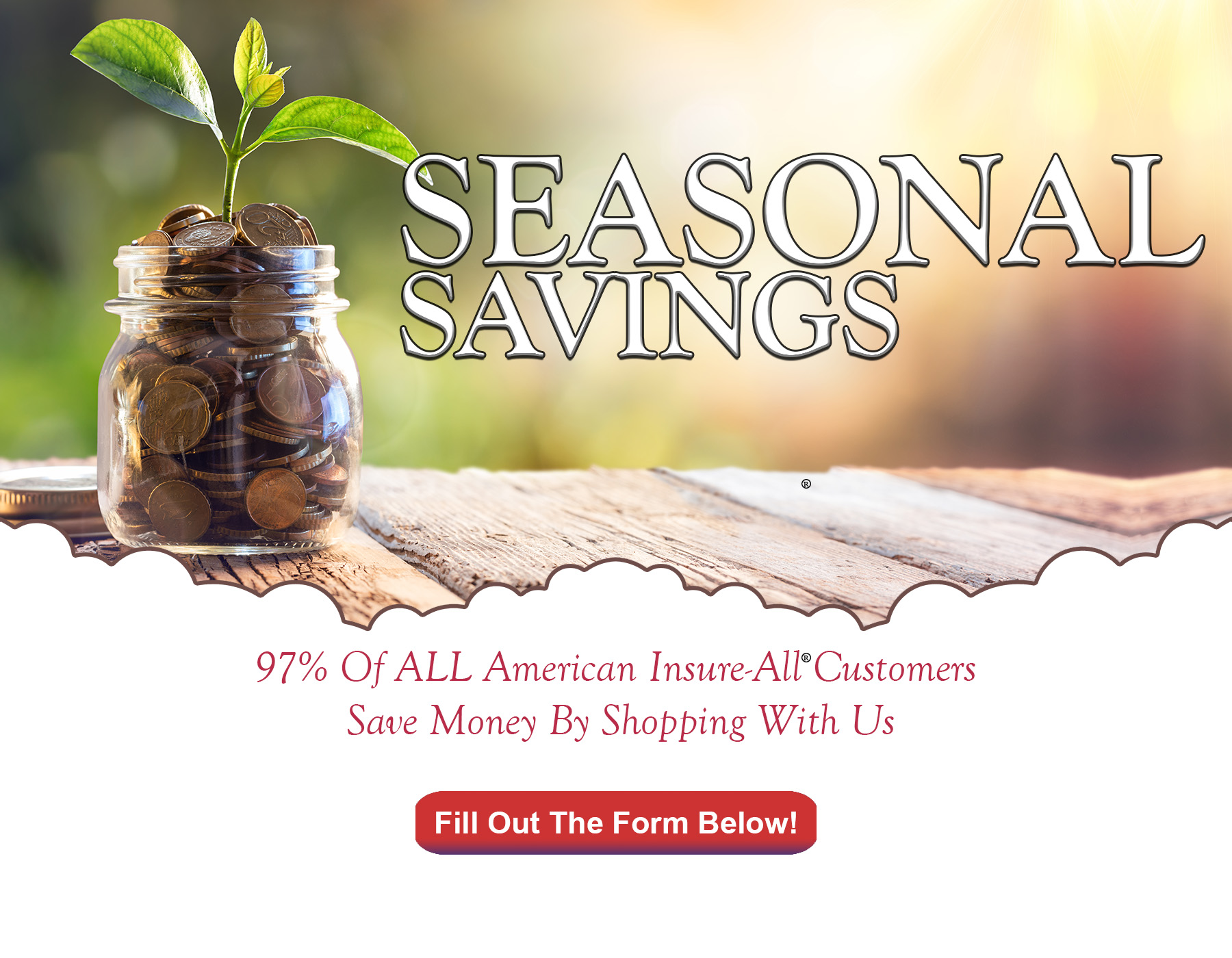